The issue of the journal opens with an article dedicated to the formation of metrology as government regulated activity in France. The article has discussed the historical process of development of metrological activity in France. It was revealed that the history of metrology is considered as an auxiliary historical and ethnographic discipline from a social and philosophical point of view as the evolution of scientific approaches to the definition of individual units of physical quantities and branches of metrology. However, in the scientific literature, the little attention is paid to the process of a development of a centralized institutional metrology system that is the organizational basis for ensuring the uniformity of measurements.

The article by Irena Grebtsova and Maryna Kovalska is devoted to the of the development of the source criticism’s knowledge in the Imperial Novorossiya University which was founded in the second half of the XIX century in Odesa. Grounding on a large complex of general scientific methods, and a historical method and source criticism, the authors identified the stages of the formation of source criticism in the process of teaching historical disciplines at the university, what they based on an analysis of the teaching activities of professors and associate professors of the Faculty of History and Philology. In the article, the development of the foundations of source criticism is considered as a complex process, which in Western European and Russian science was the result of the development of the theory and practice of everyday dialogue between scientists and historical sources. This process had a great influence on the advancement of a historical education in university, which was one of the important factors in the formation of source studies as a scientific discipline.

The article by Tetiana Malovichko is devoted to the study of what changes the course of the probability theory has undergone from the end of the 19th century to our time based on the analysis of The Theory of Probabilities textbook by Vasyl P. Ermakov published in 1878. The paper contains a comparative analysis of The Probability Theory textbook and modern educational literature.

The birth of children after infertility treatment of married couples with the help of assisted reproductive technologies has become a reality after many years of basic research on the physiology of reproductive system, development of oocyte’s in vitro fertilization methods and cultivation of embryos at pre-implantation stages. Given the widespread use of assisted reproductive technologies in modern medical practice and the great interest of society to this problem, the aim of the study authors from the Institute for Problems of Cryobiology and Cryomedicine of the National Academy of Sciences of Ukraine was to trace the main stages and key events of assisted reproductive technologies in the world and in Ukraine, as well as to highlight the activities of outstanding scientists of domestic and world science who were at the origins of the development of this area. As a result of the work, it has been shown that despite certain ethical and social biases, the discovery of individual predecessor scientists became the basis for the efforts of Robert Edwards and Patrick Steptoe to ensure birth of the world's first child, whose conception occurred outside the mother's body. There are also historical facts and unique photos from our own archive, which confirm the fact of the first successful oocyte in vitro fertilization and the birth of a child after the use of assisted reproductive technologies in Ukraine.

In the next article, the authors tried to consider and structure the stages of development and creation of the “Yermak”, the world's first Arctic icebreaker, and analyzed the stages of preparation and the results of its first expeditions to explore the Arctic. Systematic analysis of historical sources and biographical material allowed to separate and comprehensively consider the conditions and prehistory for the development and creation of “Yermak” icebreaker. Also, the authors gave an assessment to the role of Vice Admiral Stepan Osypovych Makarov in those events, and analyzed the role of Sergei Yulyevich Witte, Dmitri Ivanovich Mendeleev and Pyotr Petrovich Semenov-Tian-Shansky in the preparation and implementation of the first Arctic expeditions of the “Yermak”icebreaker.

An analysis of numerous artefacts of the first third of the 20th century suggests that the production of many varieties of art-and-industrial ceramics developed in Halychyna, in particular architectural ceramic plastics, a variety of functional ceramics, decorative tiles, ceramic tiles, facing tiles, etc. The artistic features of Halychyna art ceramics, the richness of methods for decorating and shaping it, stylistic features, as well as numerous art societies, scientific and professional associations, groups, plants and factories specializing in the production of ceramics reflect the general development of this industry in the first half of the century and represent the prerequisites the emergence of the school of professional ceramics in Halychyna at the beginning of the 20th century. The purpose of the next paper is to analyze the formation and development of scientific and professional schools of art-and-industrial ceramics of Halychyna in the late 19th – early 20th centuries.

During the environmental crisis, electric transport (e-transport) is becoming a matter for scientific inquiry, a subject of discussion in politics and among public figures. In the program for developing the municipal services of Ukraine, priorities are given to the development of the infrastructure of ecological transport: trolleybuses, electric buses, electric cars. The increased attention to e-transport on the part of the scientific community, politicians, and the public actualizes the study of its history, development, features of operation, etc. The aim of the next study is to highlight little-known facts of the history of production and operation of MAN trolleybuses in Ukrainian cities, as well as to introduce their technical characteristics into scientific circulation. The types, specific design solutions of the first MAN trolleybus generation and the prerequisites for their appearance in Chernivtsi have been determined. Particular attention has been paid to trolleybuses that were in operation in Germany and other Western European countries from the first half of the 1930s to the early 1950s. The paper traces the stages of operation of the MAN trolleybuses in Chernivtsi, where they worked during 1939–1944 and after the end of the Second World War, they were transferred to Kyiv. After two years of operation in the Ukrainian capital, the trolleybuses entered the routes in Dnipropetrovsk during 1947–1951.

The purpose of the article by authors from the State University of Infrastructure and Technologies of Ukraine is to thoroughly analyze unpaved roads of the late 18th – early 19th century, as well as the project of the first wooden trackway as the forerunner of the Bukovyna railways. To achieve this purpose, the authors first reviewed how railways were constructed in the Austrian Empire during 1830s – 1850s. Then, in contrast with the first railway networks that emerged and developed in the Austrian Empire, the authors made an analysis of the condition and characteristics of unpaved roads in Bukovyna. In addition, the authors considered the first attempt to create a wooden trackway as a prototype and predecessor of the Bukovyna railway. 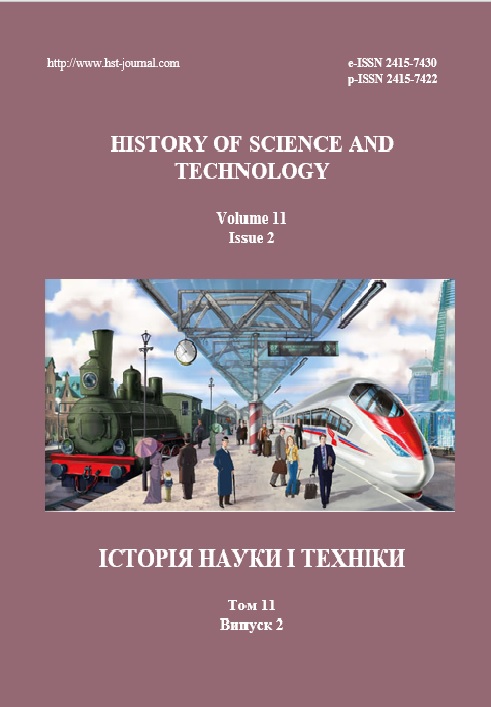