This issue of the journal “History of Science and Technology” has been prepared in difficult conditions.

In difficult conditions for authors…

In difficult conditions for reviewers ...

In difficult conditions for the editorial board…

In difficult conditions for the whole world in general!!!

This issue contains ten articles. The first of these articles came in late 2019, when the world did not know yet these terrible words: Corona virus disease 2019 (COVID-19); severe acute respiratory syndrome Corona virus 2 (SARS-CoV-2)… COVID-19 was first identified in December 2019 in Wuhan, China, and has since spread worldwide, resulting in an ongoing pandemic.

We hope that humanity will invent a vaccine as soon as possible, and these horrific death statistics will first stop growing and then stop altogether. For this, many events and activities are important, as history shows. Including the history of the development of science and technology, that is the subject area of our publication.

The growing demand for electric power became the most problem that stood before the power sector of Ghana. This issue begins with an article examining activities that in many ways helped to create a sustainable electricity supply for households and industries in Ghana, especially in the cities of Accra and Kumasi, between 1900 and 1960.

Scientific-technical borrowings are one of those types of scientific support for the work of industrial sectors, whose role in the conditions of exiting the crisis to acquiring the particular importance.

Since the mid-1920s, they have become the main way of scientific support for the organization of the development of Ukrainian electric machine-building industry in the context of large-scale electrification of the country. That was due to the need for a quick withdrawal of this industry from the previous crisis in the absence in the Ukrainian SSR of its own scientific support system for the electric machine engineering. An example of this measure, which was considered in the study, was an attempt to achieve the fastest possible increase in productivity of the Kharkiv Electromechanical Plant at minimal financial cost.

In the 21st century, every reputable journal also has an online version, which makes the dissemination of scientific information almost instantaneous. We are so accustomed to the conveniences of the information age that it is difficult for us to imagine the difficulties that scientists faced a little over 150 years ago. The genesis of science launched the process of forming branch of scientific communities and demanded stable ways of communication for productive and effective development of the branch. Scientific journals have become an ideal means of disseminating information, and a scientific article has been transformed from an ordinary letter into a modern form and has taken on an ideal form. The importance of international communication between scientists, on the example of consideration of the activities of Valerian Mykolaiovych Lihin, is discussed in the following study. He became the first Russian-speaking member of one of the oldest Mathematical Societies in Europe - the French. V. Lihin broke the tradition of “isolated” science when discoveries in the Russian Empire (and later in the USSR) were made separately from the rest of the world.

Historical and biographical research is continued by the article, which considers the factors shaping the scientific worldview of Mykola Pavlovych Petrov - an outstanding scientist and engineer against the background of his initiative and organizational efforts to develop the domestic scientific and technical space of the late nineteenth - early twentieth

The article devoted to highlighting the contribution of academician Mariia Vasylivna Pavlova (Gortynska) in the development of palaeozoology science at the end of the XIX – the first third of the XX centuries continues the cycle of historical and biographical researches.

We hope that our readers will be interested in scientific work, examining the research of Russian women in the field of human genetics in 1920-1930. The main task of the article was to determine the contribution of women scientists to the development of different fields of human genetics. Particular attention was given to reconstructing women’s geneticists’ research work, reviewing the content of their publications, and analyzing the theoretical and methodological approaches they employed in solving various scientific problems.

In the history of Ukrainian archeology, there are many names of outstanding researchers who have devoted their lives to the study of our antiquity. Among them is Yulian Kulakovskyi, a well-known domestic historian and archeologist. In 1883 Yu. A. Kulakovskyi joined the Nestor Chronicler Historical Society. Since that time, his life and career have been closely linked to this scientific union.

The analysis of the results of researches in the field of late antique archeology of the Crimea, published on the pages of “Readings of the Historical Society of Nestor the Chronicler”, is discussed in the next article.

The development of the spread of COVID-19 shows that in the fight against it in the first place are such measures and actions as unrestricted access to information on methods of combating the spread of the virus; exchange of data at the international level on treatment methods of the disease; communication between scientists from different countries; timely quarantine measures, etc. In this sense, it is important to study the historical experience of mankind in the fight against pandemics. This issue of the journal History of Science and Technology concludes with an article on a critical analysis of nineteenth-century military interventions as the main cause of the spread of infectious diseases internationally. Emerging problems and solutions obtained as a result of a critical analysis of the materials of the International Sanitary Conferences reveal the history of the spread of infectious diseases and the methods of early statistics used for epidemiological purposes.

Concluding this Preface, we emphasize once again the importance of a comprehensive study of international historical experience in the development of science and technology. Not limited to any one field or field of science, we are ready to provide the pages of our journal for the opportunity to exchange views with the international scientific community.

Let peace and health be with everyone in these hard times! 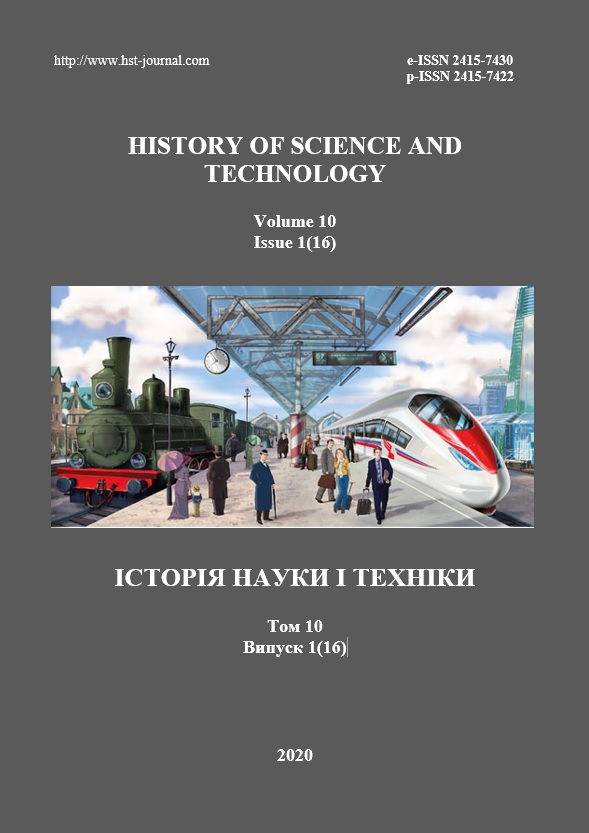