The research of the scientific heritage of the Kyiv Law Society, which worked at the Kyiv University of St. Vladimir in the second half of the XIX and early XX centuries, is of current relevance within the framework of civil society development in Ukraine. The variety of its scientific directions speaks of the tireless desire of the members of the Society to improve the national legislation, to solve a number of legal problems and to promote the development of legal science in the Ukrainian lands. This article investigates the problems in the field of railway transport to have been actively discussed at the meetings of the Kyiv Law Society. The main steps in the creation of a unified railway legislation in the Russian Empire in the second half of the XX century, which was mandatory for all railways in the country, are outlined.  The role of the Commission for the Study of Railways in Russia of E. T. Baranov, which was created to study the state of railways in the country, has been considered. It is shown that the Commission consisted of leading scientists and public figures of the country – A. F. Koni, S. Yu. Vitte, А.А. Vendrykh, М.М. Annienkov and others. It has been stated that the main purpose of the Commission's activity was to collect the necessary materials from foreign and domestic railway and judicial practice, which could be studied as much as possible with the participation of representatives of science, trade, military affairs and industry, with the purpose of creating the General Statute of Railways of the Russian Empire, which became the first codified source of law precisely in the railway business. It has been shown how the KLS took part in this process. The speeches of individual scientists such as O. F. Kistiakivskyi, D. I. Pikhno, M. Ye. Krainskyi, A. H. Dolzhanskyi, O. F. Kvachevskyi who spoke on the problems of railway jurisprudence, put forward their proposals, discussed the possibilities of appropriate changes in the development of the railway industry and held discussions at the meetings of the Society have been analyzed. In addition, the history on the creation of the General Statute of Railways, its content and significance for the railway business in the Russian Empire, which became the first step in the formation of a unified legal field on the entire network of national railways, have been  revealed. 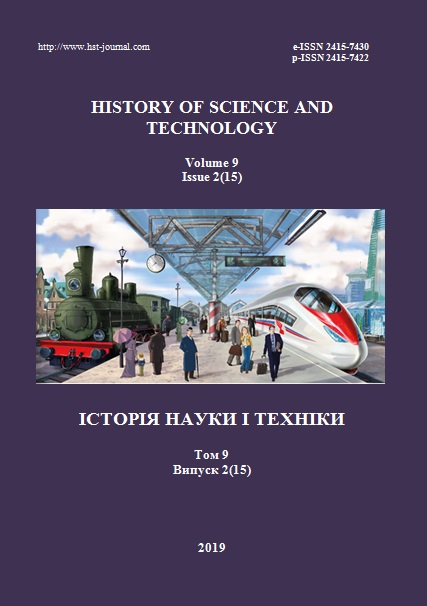